So as I have mentioned before, I have always wanted the twins to be together in the same school class, and that was one of the reasons why we didn’t take Castle Hill Greenbank campus more seriously, as they have a policy of separating twins regardless of parent’s wishes.

And I thought that everything was going to plan, as I spoke to Mr Martin – the Headmaster – and he assured me that they didn’t have such policy, and at the first parent’s evening at the end of last month, I spoke to one of the teachers saying that I wanted to keep them together (actually, I think she was a teaching assistant)

So what is my surprise when my neighbour Laura, whose son will also be going to the same school, tells me that at the stay and play she was informed that indeed the twins will be separated (We were all still in Spain when the stay and play took place, so obviously couldn’t attend).

I sent an email to the school on Saturday evening asking to basically please respect my wishes as I don’t want to separate them. Not having heard from them by Monday afternoon, I asked Jon to telephone.

So Jon talks to one of the teachers on the phone, but I can’t hear what is being said. However I can sense what is happening: she is giving the reasons why she has no intention on keeping them together.

At this point I am fuming. So angry. Jon ends the telephone call with an appointment to actually go in to see her, as he feels that I should have listened to all those reasons myself rather than him trying to convey the conversation.

We went to see her, and you won’t guess what… We came out of there having agreed to separate them.

The whole decision is based on a huge “WHAT IF” though.

My argument was that, if at the end of the Year R, and after having observed their behaviour during a whole year, the teachers felt that they could benefit from being separated, then I was happy to listen to the reasoning behind and I would agree with their decision. But, their counter argument is that it would be much harder for them to separate them then, because the changes are harder – going from Year R to Year 1. This way, at least, they have got used to not being around each other 100% of the time.

The “what if” comes from the assumption that they would need separating. That they would have a dependable relationship. That one would hold the other one down.

But what if none of that happened?

What if they thrived individually without being removed from each other?

There is no real reason to believe they would not thrive with each other’s company and support. Not all children are the same and not all twins are the same. We are told this since birth. We are asked not to compare our children with other children, because they all develop at different paces, etc. So why is this kind of decision being made based on previous cases of siblings that are NOT my children?

Anyway. All of this does not matter now, not really. The decision has been made, and I will come to terms with it. As it happens, during Year R both classes spend most of the day together anyway, and I was reassured that E&E will be free to see each other for 90% of the day. They only spend about 30 minutes a day doing “learning periods” each one in their own class. So it is a softer way of separating them, rather than having to do it in one painful go in Year 1.

We will be told the official class placements on an email at some point today, and also the times for the next stay and play in a week’s time.

So stay tuned for the next adventures of Eric and Elisa in School!

PS: I haven’t got the official photos yet, but the twins had a “graduation” photoshoot at nursery, and they both looked miserable in every single photo. Oh Joy. 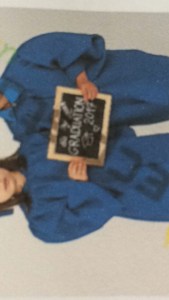 View My Blog Posts
« Summer visit to Spain
Week one (or two, really) in School! »