Hello! It’s been a while since my last update and now I have two to write! Let’s start with the first one.

We have just come back from our yearly summer visit to Motril.

Our flight was at silly o’clock, so we had to leave the house at 3am. THREE AM! The kids were very good about being woken up, since we were going on holiday and they were excited about it. Still, 3am is too silly. I think for our next flights I will look at more decent times, even if it means that we pay a bit more for our tickets.

Another upside of leaving so early is that the motorway was empty and we got to the airport in very good time. We had previously seen signs that said that the M3 was going to be closed for road works until 5:30 am, so we had planned to take a different route via Guldford and the A3. However, as we drove through the M3, we noticed that the road was indeed not closed so we decided to risk it and continue regardless. It turns out it was the right decision as the road was open.

We used meet and greet parking at the airport again, although this time it was slightly different as we had to park in one of the short stay car parks, but the walk to the airport was not too bad… if it hadn’t been for Jon’s foot!

So Jon had hurt his foot a couple of weeks earlier and he couldn’t walk at all. We managed to check in our suitcase and then found our way to the Assistance area, where we were given a wheelchair and a man who pushed Jon all the way to the plane. We had made it to the airport in good time, but since we were walking slowly and the time we had to wait in the Assistance area meant that we then were in a bit of a rush to get to the airplane. The man who was pushing Jon was walking very fast and I was in tow trying to get the kids to walk faster and keep up! It was so stressful! But we jumped all the queues and boarded the plane first, so that was handy.

The journey there was pretty uneventful. The kids behave quite well these days. The clue is in having plenty of snacks and media to watch on the iPad. We had booked seats next to the window, as both children had said that they wanted to look out of the window, but the seats we got meant that the one at the back only had a tiny bit of window, so we almost had tears…

Once we landed in Malaga, Jon was picked up by a lady with a wheelchair, but he was “parked” in a disabled area until a buggy came to pick him up. Unfortunately, the Spaniards were taking their time and it took Jon a very long time to be picked up. Whilst he waited, the twins and I went to the toilets and to pick up the suitcase. Then we met my brother who had come to pick us up. Eventually, Jon came out on a wheelchair and another lady who was pushing him. She was kind enough to push all the way to my brother’s taxi which was parked a long way away.

Once again, we stayed at my mum’s. I think this is the last time, as it’s not confortable or convenient. It is the cheapest option, that’s true, but it’s a big sacrifice. She insisted in cooking every meal for us, which meant Jon and I weren’t free to go out and have some tapas.

The twins didn’t warm up to my mum or uncle until almost the last day, AGAIN. My mum was so pissed off.

Overall, it wasn’t a happy environment (for me at least). Nevertheless, the twins ate more or less ok, and slept through every night (although Eric woke up one night and we swapped beds, and another night he had a wee accident, but didn’t wake up anyway – we just discovered the accident in the morning)

On the Monday, we went to chemist and bought a pair of crutches for Jon, who then had to learn to walk with them. Bless him, he struggled a bit at the beginning, as it is not as easier as it seems! He kept saying that he had a newly found respect for disabled people as he could now see the world from their point of view and it wasn’t pretty.

We went to the beach a few times and the kids had a great time, however they were getting tired quite quickly so we never stayed at a beach for more than two hours. They were quite brave and ventured into the shore to play with the waves. Previous times they were more reserved about getting near the water.

The journey was pretty uneventful again. However, we left one of the iPads in the plane because we were rushed out of the plane and I failed to check the seat as I picked the kids backpacks 🙁 Jon has already reported it to the airline and we are waiting to hear. Good thing it was the old iPad and not the one with all my games on it!

We also had another mishap… Once we had collected the suitcase, we called the meet and greet company to tell them we had arrived. However, it turns out they weren’t expecting us until the following day! We flew out on the Sunday and came back on the Saturday. But when I booked the parking, I must have selected Sunday to Sunday by mistake! The company was brilliant, though. The found our car and brought it in less than half an hour, so we didn’t have to wait long at all.

And that’s it for this time! We’ll be going back in the New Year, like last time. 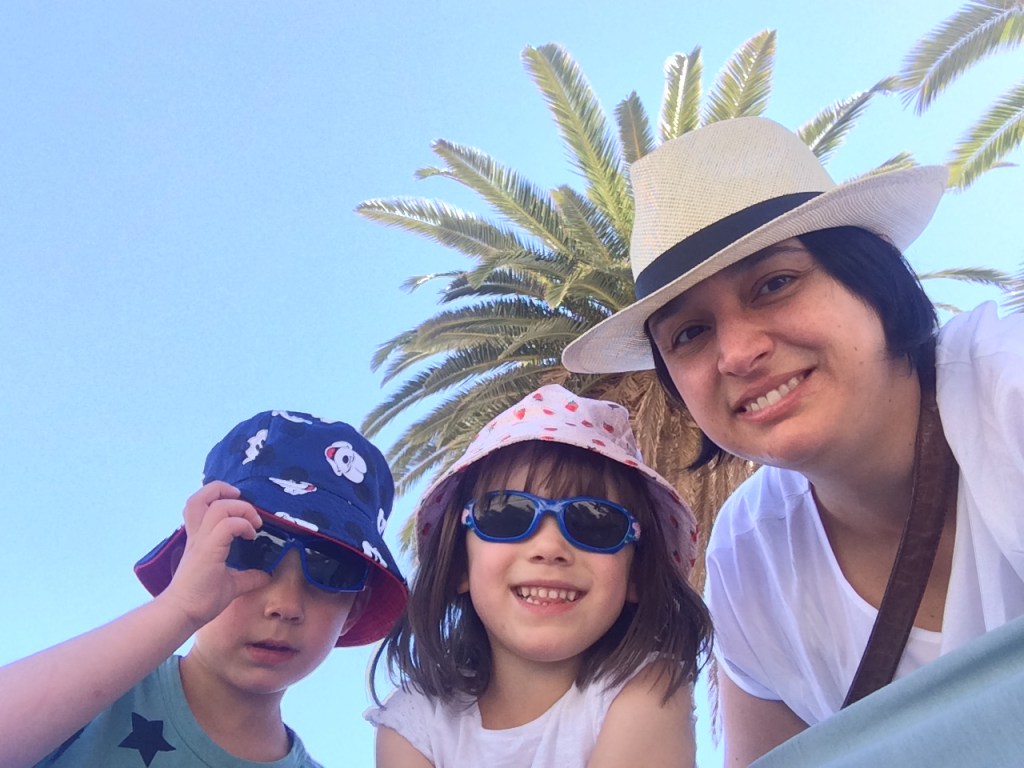 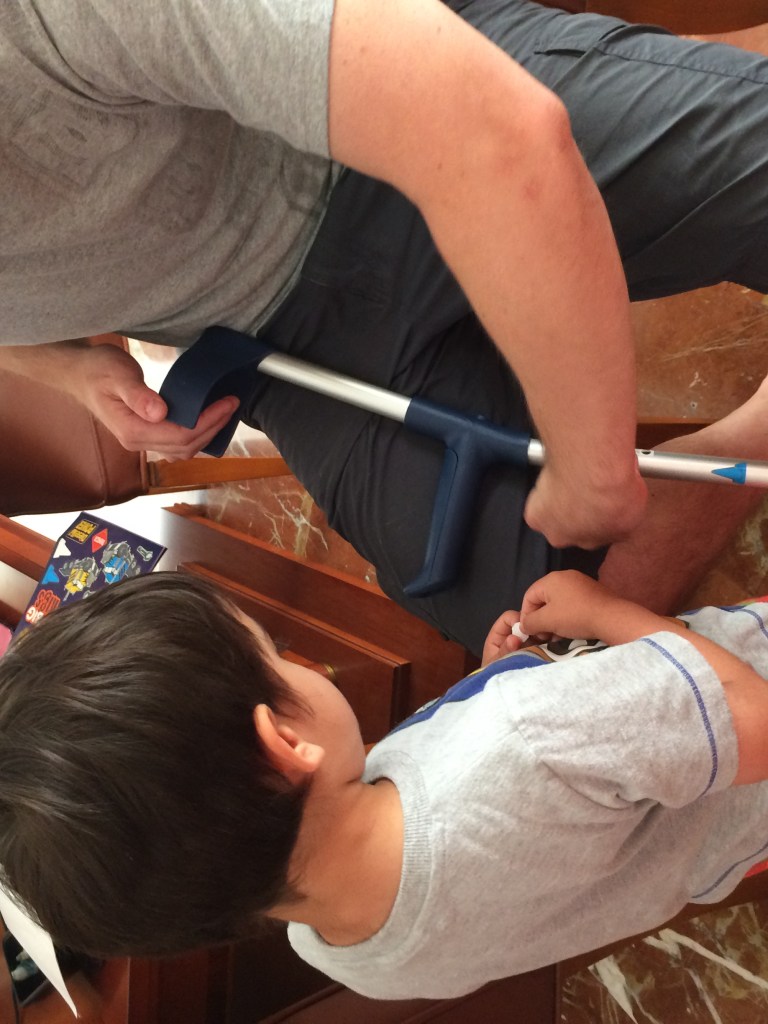