Hello! I thought I would do a quick update, especially on the extension, which I haven’t talked about for ages.

So the builders left in mid November approximately, I can’t remember the exact date, but it was ages ago! Then Jon and I started painting the rooms upstairs. We were doing it in our spare time, around the kids, and simply it was too much work. The problem was that we were painting from scratch, on newly plastered walls, rather than painting on an already-decorated wall, like we’ve always done before. So we had to prep the walls, wipe the plaster dust, hoover the whole room to get rid of any dust that could affect the paint, then do the mist coats which was harder than expected! We also had to do the ceilings and all the wood elements like doors and skirting boards. So, lots of work but we were getting there, slowly. The problem arose when it came to doing the double height walls in the stairs. We just run out of ideas and out of steam! So Jon saw that there was a painter/decorator advertising himself on facebook at a very good daily rate, so we decided to book him in to finish all the remaining painting despite the fact that we had not budgeted for this expense. But at the rate that we were going it was going to take way too long.

The painter came in the new year, just after we came back from Spain and it took him a whole week to do all the work that we had left. Despite the fact that this made us go overbudget it was still very worth doing, because it took him 7 days, working an average of 7 hours a day to finish it. It would have take us weeks and weeks to do the same amount of work ourselves, working around the kids and spare time..

Whilst the painter was here, Elisa got a bit ill. It didn’t last very long, but now we know it was all because of the paint fumes. She kept covering her nose and mouth every time she left the room and she was properly disturbed by it. The smell was quite strong for quite a while after the painter left and she hated it! Eric and us were fine, she must have been specially intolerant to the fumes.

The next task once the painting was done was sorting out the carpet. Since we had gone overbudget with the painting, we were keen to keep costs down, so we shopped around. We went to carpetright and Jon almost fell off his chair when he saw the quote. So we went to a couple of independent stores and unfortunately found that we were not going to be saving much more. So the plan then was to source the carpet and other ancillaries independently online and then find a local carpet fitter to do the fitting. It turns out that this was not only the cheapest option, but also the fastest one! All the carpet shops were giving us very long leads for the fitting, and in the way that we’ve done it, it will all be done by the end of this week!

Jon and I will be taking a day off at the end of this week to move the study upstairs, so we can free up this room and make it the twins bedroom. Once we’ve moved the study and this room is empty, then we can retouch the paint where it’s needed and build their furniture! We have already planned the furniture that we are going to buy and where everything it’s going, so at least the day that we have to build it all it will be straight forward and we won’t fuff around.

I am actually desperate for the twins to change bedrooms. I am hoping that them finally having “big boy” and “big girl” beds will improve their bedtime routine. We are still having issues with them going to sleep. Way too often we get “it’s too dark”, “I’m scared”, “I want to sleep with you”… We will spend an hour with them reading stories, and when it’s finally time to turn the light off and say goodnight, one of them will start the moaning… Jon and I have also decided that, from yesterday, only one of us will the the bedtime routine whilst the other one either tidies downstairs or just takes some time off to do their own thing… In the last few weeks it’s become apparent that one of us is redundant and just sitting there whilst the other one reads the stories, so this time can be used better by one of us. Yesterday I managed to tidy up both the kitchen and the living room, and get 10 minutes for myself, before Elisa noticed that I wasn’t there and started crying for me. I did go up and read a few stories, but it was definitely much easier on my to be productive and have a tiny break, than just be up there doing nothing and getting annoyed at them because they don’t listen to my commands…

And this is it for now! More soon 🙂 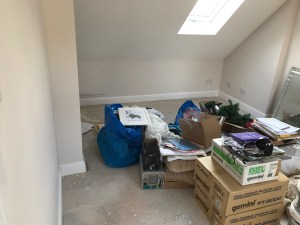