As I said in my previous post, Jon did my first injection and it didn’t hurt at all (even less than a blood test). However, when day 2 came, and Jon was not around (away for work for a couple of nights this week), it was me, and me alone who had to face the injection.

It took me a little while. I had to call Jon on the phone, who had a bit of a hangover and sounded like he wasn’t really there, for moral support. Still, I made him count to ten in Spanish, as some sort of countdown and off I went… This didn’t take anywhere as long as the first attempt on day one, as I already knew that it wasn’t going to hurt. Still, it took me some strength of mind to do it myself on my own (with Jon at the other side of the line).

Day three (today), however, was quite different. I did it in no time at all. Open fridge, get pen, put needle, twist nob, inject, and pum, done! I didn’t even have to call Jon for moral support (plus, I knew he might have been hangover for a second morning running). Easy peasy.

I am very proud of myself. 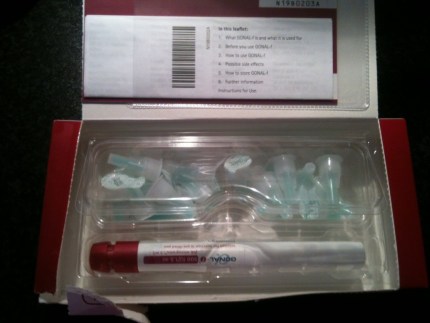 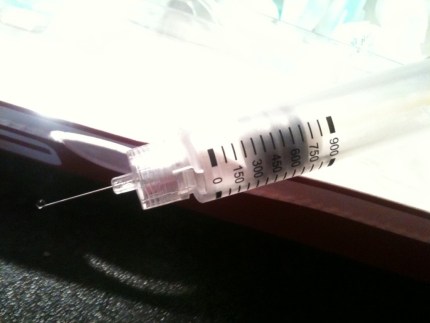